SERI‘s Latin America pilot project has shifted to helping participating recyclers learn and implement the requirements in the R2 Standard, following Spanish and Portuguese translations of the R2 Standard. Now SERI and project partners Greeneye Partners, DIRECTV, Oracle, Sims Recycling Solutions and Arrow Electronics have announced that Greeneye Partners has completed site visits for the recycling facilities participating in the project,and performed a gap analysis for facilities in Brazil, Chile, Colombia, and Ecuador. R2 implementation training is also being offered to facility managers and environmental, health, and safety representatives. “Stakeholders throughout electronics recycling community have recognized the need for more responsible, safe, and sustainable management of used electronics in Central and South America. By working with our partners to increase the number of responsible recycling options, SERI hopes to set a positive example others can build on. There is still much work to be done, but  this project represents an important first step in improving the overall quality of electronics recycling in the region”, Henry Leineweber, Program Director for SERI, told the GlobalPSC. Progress to date has been encouraging, though many challenges remain such as communicating the importance of responsible recycling and the need for R2 certification in the region.  Developing cost-effective infrastructure to support certification, including local consultants and auditors, translated versions of EHSMS plans and documents, and acceptable end-markets for materials will also prove essential.

Guest Blogs – Batteries in Australia and Sustainable Packaging in The Netherlands

The Global Product Stewardship Council periodically invites thought leaders on product stewardship and producer responsibility to contribute guest blogs. This month, we’re lucky to have guest blogs from two of our members:

At their last meeting in July, Australian Environment Ministers agreed to continue work on an industry-driven stewardship program for handheld batteries but with a focus on hazardous and rechargeable batteries only.

This is a significant win for Energizer, Duracell and the Consumer Electronics Suppliers Association (CESA), who have argued that battery stewardship for primary batteries would need to be regulated to ensure that all suppliers participate.

During a Product Stewardship Institute battery recycling webinar (5/6 November 2014) Energizer’s spokesman advised that they had ‘zero tolerance’ for voluntary stewardship but would work with ABRI to develop a regulatory solution.

Handheld batteries are one of only two product categories that are still listed on the national ‘priority list’ for government action under the Product Stewardship Act. That list identifies products that the Minister for the Environment will consider for regulation or accreditation under the Act. 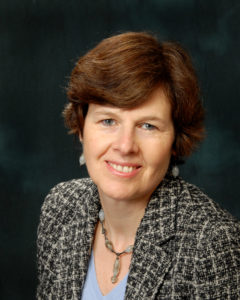 The packaging sustainability institute, KIDV, KIDV has published an overview in English about the progress of the sustainability plans which industry undertook to develop as part of its commitments in the Framework Agreement on Packaging.

KIDV reports that sectoral sustainability plans covering 80% of the weight of packaging on the market have now been submitted. This first set of plans sets out objectives and measures to achieve them by 2018 and further plans will be developed with objectives for 2022.

Since the Framework Agreement was signed, the Packaging Decree has been revised. The revised Decree, which was adopted in 2014, gives the Minister powers to impose statutory sustainability requirements on packaging. These new powers are seen as fall back powers if the plans now being developed do not deliver the results the Dutch authorities are hoping for. It is important therefore that Dutch industry supports and implements the plans.

A voluntary national product stewardship scheme has moved one step closer to reality in Australia with the recent application for regulatory approval of an A$0.15/litre levy to be applied to the sale of new architectural and decorative paint in Australia.

Levy revenue would fund the not-for-profit company Paint Stewardship Ltd to administer all aspects of the collection scheme, including education, marketing and communication, R&D investment, transport and processing of waste paint from trade and domestic sources across the country.

The National Waste Paint Implementation Working Group has completed the scheme’s business plan, economic model, 5-year rollout strategy and engagement plan and voted unanimously to support an application to the Australian Competition and Consumer Commission (ACCC) for approval of the levy. Assuming a favourable assessment by the ACCC against the Competition and Consumer Act, the scheme is expected to commence in May 2016.

The GlobalPSC and several of our members have helped facilitate development of the scheme since Australia’s Environment Ministers agreed to place paint stewardship on their work plan in April 2013 and the Environment Minister’s June 2013 nomination of paint as a priority product under the Product Stewardship Act 2011.

In conjunction with Sustainability Victoria and the Australian Paint Manufacturers’ Federation, the GlobalPSC facilitated initial stakeholder discussions, featured paint and batteries in a priority product stewardship workshop and developed the public policy and business case for a voluntary paint stewardship approach in Australia. Further details and primary documents are available on the Knowledge Base available to GlobalPSC members.

In that five years, EPRA has collected and recycled more than 3,000 metric tonnes of unwanted electronics in the province. “That’s approximately 465,000 TVs, computers, printers and a myriad of other electronic devices diverted from landfill and illegal export,” said Cliff Hacking, President and CEO of EPRA. “Not only are these products being recycled responsibly, but they also yield a host of valuable materials such as steel, copper, silver, palladium and glass that is put back into the manufacturing supply chain,” said Hacking.

EPRA is a not-for-profit, industry-led organisation that works in partnership with manufacturers, retailers, municipal governments and consumers to ensure end-of-life electronics are diverted from landfills and recycled in an efficient and environmentally responsible manner. “It’s a strong partnership model that’s seen success here in Prince Edward Island and across the country,” said Hacking.

This view was supported by Minister Mitchell, saying “Islanders can and should be proud of what’s been achieved here over the last five years” and “(t)his level of commitment to responsibly recycling electronics is a true reflection of their belief in being responsible stewards of our beautiful province.”
The Minister commended EPRA PEI and more than 300 participating retailers, manufacturers, distributors and suppliers of regulated electronics in the province for making the program a success.

EPRA’s success in PEI is attributed primarily to 80% program awareness in the province and to convenient access to collection depots, with 99% of the population within 30 kilometres of an EPRA drop-off depot.

The final report to develop an e-waste product stewardship framework for the New Zealand Ministry for Environment is now available.

The Global Product Stewardship Council is presenting at the following event:

At the event, we will be promoting the involvement of GlobalPSC members and our activities.